Are the Police Our Friends? 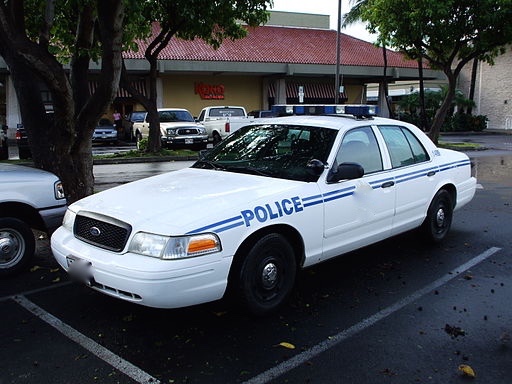 A little blonde boy steps confidently out of his kindergarten classroom on the first day at his new school, but he makes a wrong turn and heads directly away from the spot where he’s supposed to meet his older sister for the short walk home. When he never appears, she goes to the office to call home and their mother contacts the police. The little boy, confused by his surroundings, approaches an officer serving as the school crossing guard and says, “I’m lost. Can you take me home?” Between the lieutenant at the station and the policeman at the school, the family is quickly reunited.

That little boy was my big brother. We grew up in an upper-middle class suburb of Boston, where my mother told this story repeatedly as a means of teaching my siblings and me that the police were our friends, someone we could trust to help. That changed in 1967 when we moved to all-black Mound Bayou, Mississippi. There we were taught to be afraid of the white police in the nearby towns. We were told that many were KKK members and were believed to be involved in violence against African-Americans. They viewed us as outsiders from the North, civil rights workers, and Jews – everything the KKK hated. The police were not our friends.

People from different backgrounds are raised to have different reactions to the police. As a young child, I was taught to trust them; later I was told they were my enemy. In each case, this training led to a specific perception of the police, a subconscious reaction. Police officers also receive training.  They are taught to be aware that any interaction can turn dangerous and to always be ready in case it does.

What we have to recognize is that – like the rest of us – officers have a subconscious reaction to the people they encounter. And often that response depends sub-consciously on characteristics such as race. An officer seeing me – a white, middle-aged, petite woman – is unlikely to feel threatened. Too many times, though, police see an African-American and – without necessarily meaning to do so – assume that the situation is more likely to turn dangerous. They may not acknowledge this or want it to be true, but it’s a reaction buried so deeply that it influences behavior. This is a highly unfortunate example of systemic racism. And that’s what we as a society have to change!

We must build a sense of trust between the police and community members of color. This can’t be done when even a handful of officers, influenced by deeply buried fears, escalate to violence as their first line of defense. The time has come for every police force throughout the country to acknowledge that we have a problem and need to train every single officer to always behave in a respectful, de-escalating manner. To those police who already do this, thank you for your service. To those who need to change, please recognize the situation and actively become a part of the solution.