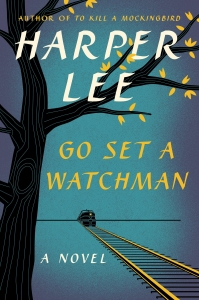 My father was Atticus Finch and I was Scout. I never doubted that from the first time I read “To Kill a Mockingbird” when I was ten years old. Dad was a foot soldier in the War on Poverty, having moved our family from the white suburbs of Boston to an all-black town in the Mississippi Delta so that he could become the medical director of a new clinic, built to serve the poor black population for miles around. That was back in 1967 and now, almost fifty years later, his clinic is still standing and it is the community’s largest employer.

My father was my hero, just as Atticus was Scout’s. He knew what was right and he did it, regardless of the cost, to him or his family. He took care of his African-American patients when white doctors in the nearby towns refused. I was proud of him.

Like many others who grew up idolizing Atticus Finch, I couldn’t wait to begin “Go Set a Watchman,” Lee Harper’s companion novel to “Mockingbird,” actually written first and presented from Scout’s adult perspective looking back in time. (Spoiler Alert) Like many other readers, however, I was disturbed by the portrayal of Atticus as a racist. To Scout’s dismay, she discovers that although Atticus as a lawyer defends the rights of African-Americans, he personally doesn’t want to rock the boat. He believes that change should come slowly, in small bites that won’t make people uncomfortable.

Some find the Atticus portrayed in “Watchman” to be unrealistic, the cognitive dissonance he displays somewhat unbelievable. How can one individual fight for the rights of a black defendant, yet not want to make waves when it comes to the rights of black people in general? I actually find this characterization to be quite plausible. Yes, Atticus was devoted to the concept that everyone deserves a fair trial and equal treatment under the law. He put himself and his family at risk to stand by that concept.

But that’s where his support of civil rights both started and ended. He believed that good people needed time to adjust to the complete integration of African-Americans into the community. And he was wrong. The Atticus of “To Kill a Mockingbird” was heroic; the Atticus of “Watchman” was not. No wonder Scout was horrified by her father’s behavior.