Texas Discriminates Against Our Transgender Community 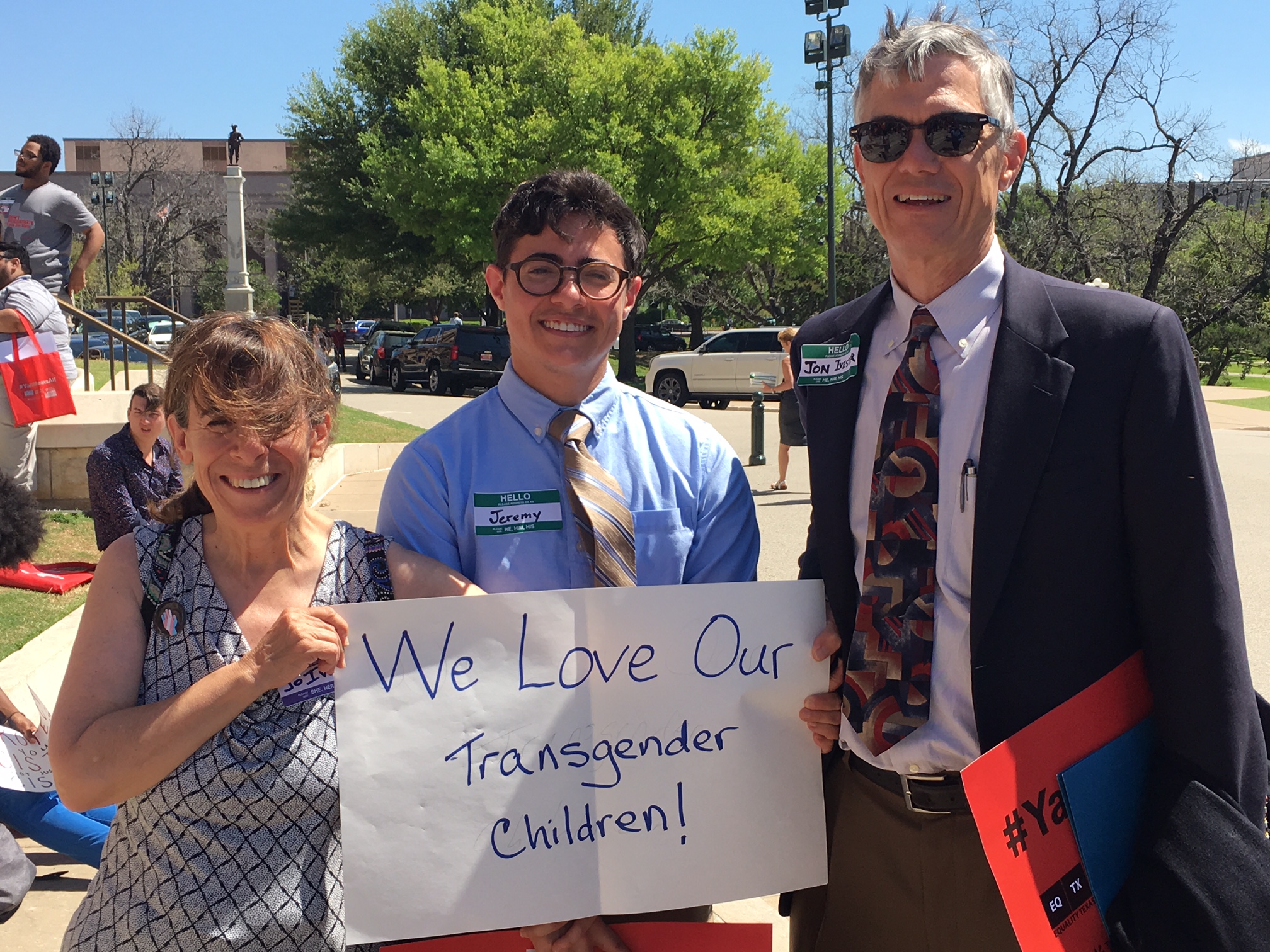 They did it. The Texas Senate just passed the very poorly thought through Senate Bill 3. Hiding behind a bogus argument for “privacy,” Senator Kolkhorst authored and argued for a bill that discriminates against our transgender community. Now it’s up to the House to maintain our dignity and prevent Texas from becoming the next North Carolina.

This is personal for me. SB3 discriminates directly against my son. He grew up in Texas. He works and pays taxes. He is sweet and charming. He cares about his family and friends. And he is transgender.

When he first came out three years ago while a student in Colorado, he said he’d never move back to Texas. You see, the laws in Colorado protect him from discrimination; there are no similar state-wide protections here in Texas. But when his siblings started having babies, Jeremy had to be a part of it. He wanted his nieces and nephews to grow up knowing him. So, despite Texas being a less supportive environment, my boy came home.

Now he lives in Dallas where he is protected by the city’s non-discrimination ordinance. He cannot be thrown out of his apartment because of who he is. He cannot lose his job because someone doesn’t like the fact that he is transgender. He can participate fully in public life, not worried about where to use a restroom.Please don’t let the politicians take that away from my son and others like him.

Transgender people have been using the restroom of their choice for years and years with no problem. They are not a threat. In fact, if forced to use the bathroom on their birth certificates, then the opposite will be true. Transgender people, especially our youth and trans women of color, will be at risk.

Don’t let our politicians attack my son for their political gain. He and others like him are worthy of protection and respect, just like the rest of us. Don’t let them discriminate against him. Please urge your Texas House Member to oppose any anti-transgender bathroom legislation during the special session.